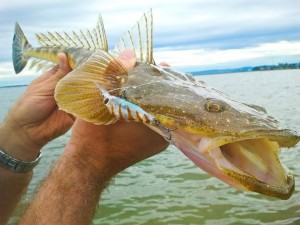 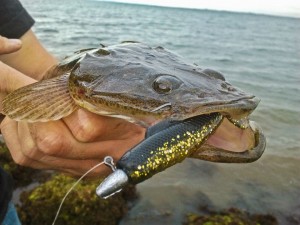 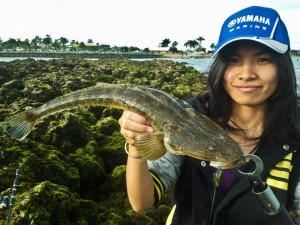 Presented in conjunction with – Ted Gray

Flathead are notable for their unusual body shape, upon which their hunting strategy is based. Flathead are dorsally compressed, meaning their body is wide but flattened and very low in height. Both eyes are on the top of the flattened head, giving excellent binocular vision to attack overhead prey.

Flathead use this body structure to hide in sand (their body color changes to match their background), with only their eyes visible, and explode upwards and outwards to engulf small fish and prawns as they drift over.

Flathead have two short spikes on either side of their heads that contain venom. The venom, while not fatal, can cause pain and infection. 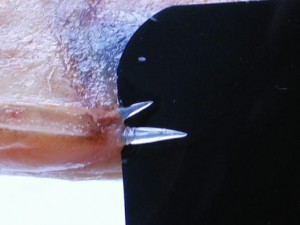 They live in sand, mud, gravel and sea grass and can inhabit estuary waters up to the tidal limit. When targeting Flathead try to inspect the area you will be fishing at low tide and find the areas with evidence of Flathead activity. 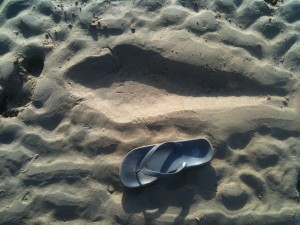 Everyone has their own technique for catching the prized Flathead, I have found by using fresh bait like Pilly’s, prawns, whitebait and mullet fillet.

The best time to get yourself a nice Flathead is during the day, two – three days  lead up to the full moon and the following two- three days after.

The preferred tide time would be high tide 7-9Am and fish the run out from the top of the tide down. The fish will be most active two hours after the top of the tide.  During the high tide the Flathead will be up on the bank catching a few warm rays and as the tide drops the Flathead will return to the channels & gutters and lay in ambush for the bait-fish which will be coming into the same channels and gutters.

What Bait & Tackle you need:

Preferred bait is tail half of a Pilly on two 3/0 or 4/0 hooks ganged teamed with 4-8lb braid or 12-15lb mono with a 16lb fluorocarbon leader or if using Whitebait I prefer 3 x No1 Mustads ganged with a “00” ball sinker running on to the hooks. When casting to the bank area I use a No. 2 Ball Sinker but this may change according to the run of the tide. When floating the baits from upstream I use just enough weight to keep it moving along the bottom, generally a No.0 or No. 1 ball but again this can change with the run of the tide that you are facing at the time.

The length of leader should be around 60cm, ensure this is a quality line and leader as you do not want to see your trophy fish disappear before it gets to the net!

Flathead fishing can be done on either, spin, Alvey or even the humble hand-line. I personally use an Alvey 650C5 which allows me to feel what the Flathead is doing as I wind in very slowly. I team this up with a 9’ medium rod generally 4-6Kg as I need the strike ability to ensure good setting of the hooks.

The key period to hunt the Flathead is primarily during Winter however they are a species which can be caught all year round.

My preferred method is to anchor up in the middle of the channel and cast back towards the bank. When the tide is moving off the banks you then cast up stream and let the bait drift back down using the run of the tide. When the Flathead strikes, don’t be too quick just lift the rod until you feel the weight of the Flathead and then strike but not too severe as you may pull the bait from the mouth of the fish. When the Flathead take the bait you may just only feel bit of a “Pick” and at this stage they may just be holding the bait in their mouth, after this you just wind in gently to entice the Flathead to take the bait.

Once you have hooked the Flathead ensure that you do not lift its head from the water otherwise it may shake its head violently and you have a greater chance of being bitten off. Remember when you are winding in the Flathead that they can turn in a blink of an eye so check your drag setting prior and have it backed off slightly.

Above all else remember “Patience is the Key”

Great numbers of good size Flathead have been caught using an array of soft plastics. Some of the most common have been: 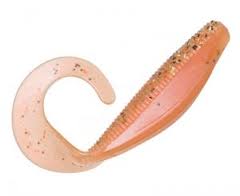 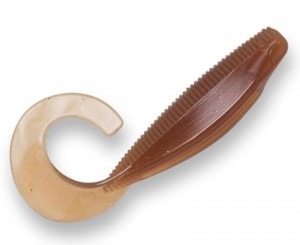 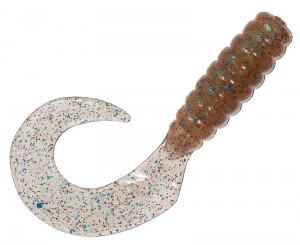 Squidgy – 120mm Wriggler in both Bloodworm and Red Rum and in the Fish series – Garry Glitter, Silver Fox and Drop Bear

Munchies – Green Pumpkin does all the damage, best so far is 3 Flathead & two Pike in 20 Minutes and the Flathead were all keepers even though they were released for another day.

Zerek Prawns are one of the newest weapons in our range and are lethal on most species, most of all Flathead. 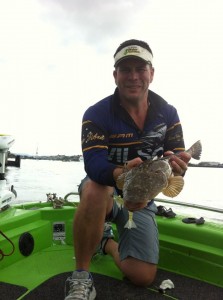 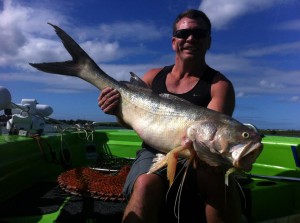 There is a great range of colors but the “Natural” “Drop Bear” colored ones stand out the most for efficient Flathead taking.

Team these up with the TT Tournament jig heads in either 1/8oz, 1/6oz or 1/4oz with a 2/0, 3/0 or 4/0 hook (Depending on the size of your plastic. If you are unsure how to rig your plastic, ask for a demo in store at Tackle Land and we will happily run you through it.

Walking the river banks or the flats at low tide simply flicking the plastics around the waters edge, finding drop off points and snags is so much fun and actually producing large Flathead. This is an activity that whole family can enjoy and it even creates a little competition amongst the kids (Even the older ones too!) It is a cost effective activity and at the end of a session you are not throwing away money in unused bait.

The good thing with Flathead is that they will eat almost anything in the range of hard body lures. A couple of favorites that never really let you down are:

Pig Lures – This are locally made and are forever being tested for action and color ranges are always being reviewed and up dated, trolled very close to the boat they are a cracker of a lure. 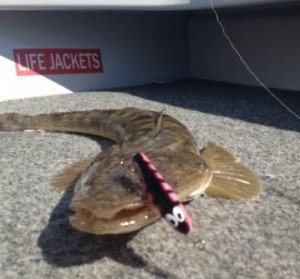 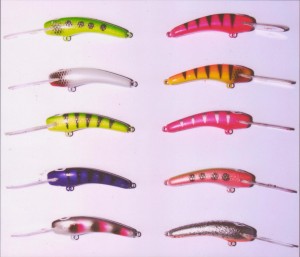 Atomics – Chasing Bream on light gear I have lost a few Deep Divers, Shad 50 in Matte Ayu to the old lizard so be aware of the occasional “Ambush”

Prawn Star – The old humble “Ranga” this must be one of the most over looked lures around. When I first saw it I thought it was just a ordinary piece of plastic…. I was wrong, this lure makes it to the “Go to Guy” lure when things are quiet, it is seriously effective, great on snaggy areas and it will nail an array of species, Jack, Estuary Cod, Bream and Flathead just to name a few.

Gidgee “Fry” is another local lure that is made for our area and our fishing needs. Tom puts together a quality timber lure that never fails to perform. The “Fry” is not only a Flathead lure but also catches Jack, Cod, Bass (Freshwater) and a few more species to boot. Another good performing lure that should not be overlooked!

With most fishing you only need the basics to make your day out a bit easier. These are just a suggestion:

–          A good esky with ice and fluids which can be replaced by fillets if you’re a fillet and fry person.

Born at Cribb Island and has been fishing 55years in the local waterways Ted enjoys his Flathead, Bream and Whiting fishing, he knows the spots, the baits and the times. I thank Ted for sharing his time and knowledge to help us land that prize winner we are all chasing.