Still a few good size squid around the traps.  Smaller numbers are being caught between Redcliffe and Woody point. Reports of larger sized Tiger Squid being boated toward the Brisbane river mouth. With the winds picking up a little and water temperature rising, it’s going to be a little harder to find squid in close to shore. 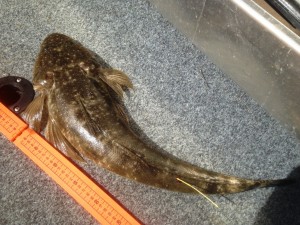 The ever faithful old Flathead is still hanging around in good numbers. Fish between 70-90cm have been recorded in the Pumicestone Passage. (Remember to let these big breeding females go to ensure the future of this iconic species). From the Pine River across to Cabbage Tree Creek and Nudgee Beach have been producing good fish. Most fish have fallen to a variety of baits such as Baby Blue Pillies, Mullet Flesh and Prawns. Lures such as the Z Man 5′ Grub tail in Motor Oil and Atomic Prongs in Red Pumpkin. Hard bodies like the Zerek Tango Shad, Westin Platypus and TT Switchblades are also working well. 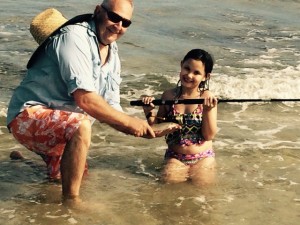 Both species are starting to show up for the spring and summer runs. Areas like Scarborough Reef and the Redcliffe peninsular foreshores are returning good numbers of quality fish. Red Beach and Skirmish Point on Bribie Island have increasing numbers of whiting starting to show up. Meanwhile around Margate beach, Live Blood-worms are once again the go to bait for the whiting, with whitebait frog-mouth pillies, mullet and chook gut along with mullet flesh proving the downfall for the Bream. Small poppers and suspending style hard bodies also accounting for a few good fish.

The Snapper run is slowing down, with smaller numbers of fish being taken over the last couple of weeks. Most fish taken have been caught around Scarborough reef and other popular bay reefs.

As the days grow longer and become warmer, the natives begin to get restless. All local dams are starting to fish well for Bass, Yellowbelly, Silver Perch, Catfish and the odd Cod. Good old earthworms are still fabulous bait especially for tilapia. (Remember to dispose of this declared noxious fish properly by burying them or binning away from the water. Large penalties apply). Spinner baits, hard-bodies and vibes in dark colours are all worth a crack. Also if you a planning a trip to the Dams go on-line and grab a “Stocked Impoundment Permit”

For those families off adventuring these school holidays, all the river and beach systems from Fraser island to the Gold Coast are fishing well. When fishing these areas for bread and butter species such as bream whiting and flathead be prepared for a visit by “Uncle Trev” the trevally. Mangrove Jack and Mackerel are starting to give a few rod and reels a workout.

FISH: An animal that grows the fastest between the time it’s caught and the time the fisherman describes it to his friends.